Walk alongside the Seine 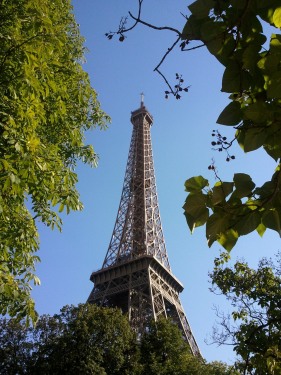 Walk alongside the Seine, a World Heritage site that has always been and remains the lifeblood of Paris. On foot, by boat ‘Batobus’ or on roller-skates for the more adventurous, the Seine has always been inseparable from Paris. 37 bridges adorn the Seine, each with its own stories to tell. The most well-known are Pont au Change, Pont des Arts, Pont Alexandre III, Pont Neuf, Pont de la Concorde, Pont de Bir-Hakeim, Pont d’Iena, Pont Notre Dame and Pont de l’Alma…

The oldest bridge in Paris can be found at the tip of the Ile de la Cité. The project was inherited site by Henri IV wanted his subjects to have a large bridge with wide pavements where his subjects would enjoy going for a walk. It was one of the liveliest places in the city at the time.

The iconic wooden green stalls that line banks of the Seine. They are, outdoor bookshops full of old books, newspapers and Parisian posters.

Built in the 17th century by Louis XIV to respect Cardinal Mazarin’s last wishes, this historic monument is home to the l’Institut de France and its academies. The most famous being L’Académie Française which is the governing body of the French language.

Once a train station, Orsay is famous for its two enormous clocktowers and the colossal statues with a vast array of ornaments that decorate its facade. The sation was originally built by Victor Laloux in 1898 before its conversion into a museum. Official website

It is the home of the French national assembly and is part of the place de la Concorde complex, alongside the quai d’Orsay, where the ministry of foreign affairs has been located for more thant two centuries.

It celebrates the diplomatic Alliance between France and Russia. The foundation stone was laid on the 7th of October 1896 by Tsar Nicolas II of Russia. It leads us to the galleries that were built for the Exposition universelle in 1900. They are now used for art exhibitions and are also known as the Grand Palais and Petit Palais.

Built under the orders of Louis XIV to take care of disabled veterans, it housed up to 4000 military pensioners. The Museum of the Army and Napoleon’s tomb, are found here and it is classified as an historical monument.